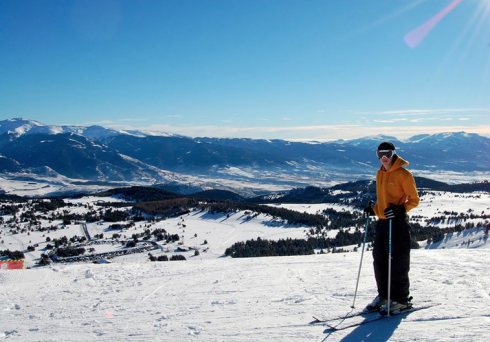 In less than 2 hours from La Souqueto B&B South of France, you could be skiing the remarkable Pyrenees.

One of the many great things about the Pyrenees is that it’s an easy place to get to. We drive up from the coast from Narbonne but if you’re travelling from the UK you have a significant choice of airports, Carcassonne, Beziers, Toulouse, Perpignan, Biarritz, Pau and Tarbes. From London the flight time is usually less than 2 hours and none of them are more than 2 hours from the resorts. The roads to the Pyrenees resorts can be really steep and this always makes the last part of the journey the most interesting.

It’s worth going just for the drive! Your journey will take you past the swooping foot hills, along huge u-shaped valleys with stunning mountains on either side and through lovely mountain villages. For me, the most exciting part is reaching the snow line. That’s the moment when you know it has been worth it.

The Pyrenees is divided into three areas: the Pyrenees Atlantiques (the section to the West, closest to the Atlantic coast), the Midi-Pyrenees ( in the middle) and the Pyrenees Orientales (the East section, closest to the Mediterranean). There are plenty of resorts to choose from. What you go for depends on what your prefer. Many of the ski stations in the Pyrenees are purpose built – unlike in the Alps – so expect apartment blocks instead of chalets. On the positive side this means it’s all laid on for you: bars, restaurants, ski facilities are all within easy reach. It can make for a really easy, laid back skiing experience. It can also be cheaper than the Alps because it’s less popular. But who minds that?

If you’re looking for something a little more ‘alpine’ you’ll find it here too. For more traditional resorts just head back down the mountain. You’ll have to get a bus to the lifts but it’s worth the extra hassle. The lower you go, the more traditional the resorts will be. So if you want to wake up to a magical winter wonderland among old wooden houses or spend your nights in authentic bars and restaurants with old skis and fading pictures on the walls, this is the way to do it.

So, where to begin? There are 38 resorts in the Pyrenees but here are just a few to get started!

Saint-Lary Soulan: Saint-Lary Soulan covers 700 hectares and has 100km of pistes, including the 3.6km “Mirabelle” run. At 2400m there is a snow park and half pipe. Lots of tree-lined runs, powder bowls, moguls and plenty of off-piste opportunities. There is even a luge piste, as well as a kids’ park with its own toboggan run. The pistes are reached via a winding road or by taking the cable car direct from the village. Here you’ll find shops, bars and restaurants, a modern thermal bath complex and other sports facilities.

Les Angles: This is a huge ski area with loads of piste choice and lots of trees if you decide to venture off-piste. This resort is probably better for more experienced skiersas half of its runs are red flagged.

La Mongie/Bareges: At the foot of the Pic du Midi Mountain, the du Tourmalet area is the largest resort in the French Pyrenees. It comprises of the villages of Barèges and La Mongie and has a total of 69 pistes and 42 lifts at altitudes of between 1400 and 2500m. The resort is extensively equipped with snow cannons and the excellent snow park has a big air, boarder cross, tables and rails.

Peyragudes: This friendly, purpose-built resort rises to 2400m and has 37km of pistes that offer a variety of activities for skiers and snow-boarders plus a children’s activity area.

Piau-Engaly: At nearly 2600 metres this is the highest resort in the French Pyrenees, with snow virtually guaranteed all season. It is just 10km from St Lary and provides 40km of pistes (also the longest blue piste in the Pyrenees at 7km) in a skiable area of 300 hectares. Stunning scenery. 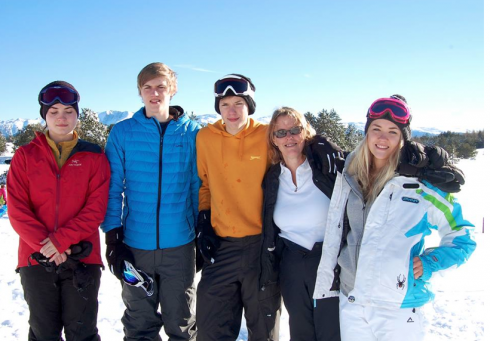 What about when to go? As with all ski resorts it’s going to cost you less and be much less crowded during term time. And the conditions will always be better in the middle of the season – January, February and March – with a good base of snow and low temperatures. ”

This site uses cookiesFind out more